Children are good storytellers. If you haven’t noticed, well let me tell you something.

Children use different behaviour and tactics to get your attention, to make you listen to them, and most of all, to get what they want from you.

They don’t hesitate to tell you what they think they know.

They are not afraid to say what they have on their minds.

And most importantly, they have vivid imaginations.

They spin and weave stories from what they heard, saw, or even just their imaginations.

You and I were those kinds of children once before. We told stories without fear, hesitation, boundaries, or limitations.

Our stories appealed to children of our ages and to people older than us.

YOU were that child. You have a keen interest in everything around you. You are filled with energy and spirit, and nothing is enough.

You were simply a child telling a story without being judged for accuracy or quality of your account.

And you humbly took the stand to be a storyteller, the way you knew how.

So, what happened to this child?

You have become older, and suddenly, that little voice inside you had stopped telling stories.

You began to fear limitations – the set of rules, the do’s, and don’ts of writing effectively.

You feel inadequate with limited knowledge of your craft because you continually compare yourself to the young and more accomplished writers out there.

Perhaps, you put your desires and dreams on hold or delaying it for another day.

Perhaps, you created a life based on what others are expecting you to do.

And maybe, you worked hard and drained your life and energy for the approval of your family, friends, or peers.

So now, you became entrapped with FEAR – fear of failure, rejection, and fear of being judge by the same people you tried to please.

You sacrificed what matters to you the most, and that is to let that little voice inside you tell great stories, just like you used to do.

It’s not too late in life to re-visit your dream or create a new goal. You only need to know what you want in life.

The problem with dreams, it becomes impossible to reach because you lost the patience and the perseverance to learn new things.

You continually told yourself that you are not good at it, and you talked yourself out of it.

You stopped to progress, improve, and develop yourself, simply because you don’t want to be disappointed if what you were hoping for may NOT turn out the way you want it.

But, doing nothing is already a decision you made for yourself. It is a failure itself.

Just like you, it scares me to death to imagine failing to achieve my dream and that strong desire that remains unfulfilled.

My fears of disappointment, failing, and being rejected, led me to put aside and postpone my writing. I have this idea that I could write or have a better idea tomorrow or next week, maybe next month.

I put aside for tomorrow what I could do today. I was hoping it would be a different day until I realised that what I put off for tomorrow remained the same and that tomorrow becomes today.

Whether it was your writing or chores that needed your attention, breaking free from the habit of postponing things was a real challenge.

It would only rob you the ability to focus on what is possible for you to do.

It may sound crazy, but what makes me get up every morning and turn my laptop on was this quote from Paulo Coelho. It always hits me on the head like a ton of bricks (Ouch!).

Paulo Coelho said, “Remember your dreams and fight for them. You must know what you want from life. There is just one thing that makes your dream impossible: the fear of failure.” 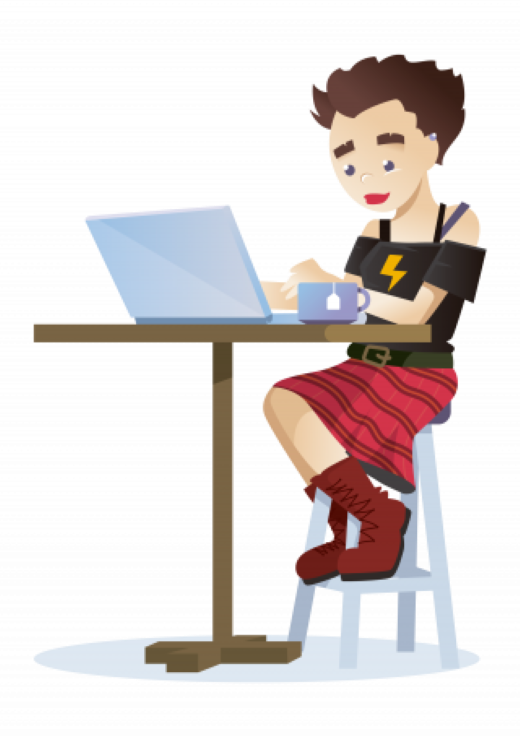 I don’t know so much about Paulo Coelho, except that he is a Brazilian lyricist and novelist. He is known for his novel The Alchemist. When he was 17 years old, his parents committed him to a mental institution because he told his mother that he wanted to be a writer. He abandoned his dream of becoming a writer and enrolled in law school at his parents’ wishes. A year later, he left school and lived a life as a hippie, and he turned to drugs. Despite his success as an actor, journalist, and theatre director, his life seemed incomplete because he never achieved his dream of becoming a writer. He continually pursued it and published his books. One of them was The Alchemist which became an international bestseller.

There is one thing for sure: You don’t have to be perfect to achieve what you want in life.

You were a different person ten, twenty, thirty, or forty years ago. You are not that same person anymore. You grew up, and you learned new things.

You succeeded in one area of your life but maybe failed in another.

You fell down, but you got up and moved on and tackled the day ahead of you.

As long as you find the courage to keep going, and not to be too concerned too much about failing, you can achieve your dream.

It doesn’t matter how long it takes you to realise your dream as long as you don’t stop. So, take your journey at your own pace.

I am here as a friend to encourage you and once in a while, nudge you with my elbow each time to you stop.

Do not let anybody say NO to your dreams. It’s yours. Own it!

Hey, next time I come back, put your kettle on. I’ve got some stories to tell you.

This site uses Akismet to reduce spam. Learn how your comment data is processed.